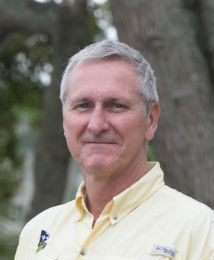 A native of Australia, Mark began his maritime career working his way up the ranks on various private and commercial vessels in Europe and the Caribbean, eventually earning a Master Class V Certification captain’s license from The Port of Melbourne. Most recently, Mark served as the Marina Manager for 31st Street Marina, part of Chicago’s municipal harbour system- the largest municipal system in the U.S.

In September 2014, Mark joined the Wexford Team. He is a Certified Marina Operator, certified by the Association of Marina Industries; American Sailing Association (ASA) Certified Instructor for small vessels; and a member of the South Carolina Clean Marina Board and Clean Marina Inspector.

In addition to his seagoing and marina experience, Mark also holds a degree in Hospitality Management and has extensive experience in both the hotel and retail industries. In his free time, Mark enjoys sailing, diving, biking and spending time with his wife Maggie, and their two dogs, Mayday and Macy.

Copyright ©2021 by Wexford. All Rights Reserved.  Private Golf Club sites by MembersFirst  |  Terms of Use  |  Privacy  |  Request My Information