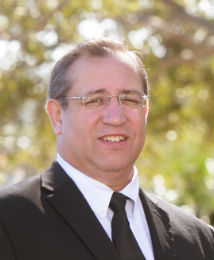 Marvin Morrison was born and raised in the Metropolitan Detroit, Michigan area. In 1977, he began his law enforcement career as a Macomb Community College Public Safety Officer in Clinton Township, Michigan. Marvin served in the United States Marine Corps Reserve from 1978 to 1984 and on Active Duty from 1987 to 1992, as a Military Policeman and Criminal Investigator, serving in Desert Storm.

Marvin was the Chief of Security for National Detective and Security Company in Michigan from 1985 to 1987.

Marvin initially joined the Beaufort County Sheriff’s Office in 1992 serving as a Patrol Officer and Detective.

In 1995, Marvin joined the Beaufort Police Department where he served as a Patrolman III, Detective and was later promoted to Investigations Lieutenant.

In 1999, Marvin returned to the Sheriff’s Office before retiring in 2014, holding numerous positions being promoted to the rank of Major, serving as the Enforcement Division Commander.

Marvin has spent many hours volunteering to various organizations within the Beaufort Community, to include the Beaufort Water Festival, where he spent 13 years before being elected in 2004 as the 49th Commodore. Since that time, Marvin continues to serve as a Board of Director for the festival.

Copyright ©2022 by Wexford. All Rights Reserved.  Private Golf Club sites by MembersFirst  |  Terms of Use  |  Privacy  |  Request My Information