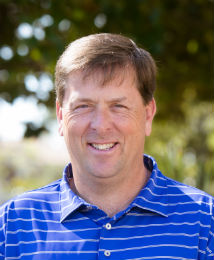 Born and raised in Roanoke, VA, Scott attended George Mason University where he was one of the top collegiate golfers. After college, Scott tested his game professionally, making it through stage one of PGA Tour "Q" School.

Scott has won the Assistant Championship, Professionals Championship, Hilton Head Open and Match Play Championship all in 2005, earning recognition as one of the most “elite” golfers in the Lowcountry.

Scott was the First Assistant Golf Professional at Overbrook Country Club in Philadelphia, PA, and at Moss Creek Plantation in Hilton Head. Scott joined Wexford in 2011 and is responsible for all aspects of the golf operations.

Copyright ©2021 by Wexford. All Rights Reserved.  Private Golf Club sites by MembersFirst  |  Terms of Use  |  Privacy  |  Request My Information